Home » Stories of Recovery » How I Got Sober from Drugs & Alcohol by Cass H. 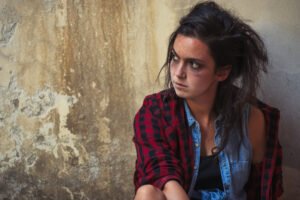 When I was growing up, I wanted to be a police officer. As I got a little bit older, I changed my mind and wanted to work with children, maybe as a school teacher. When I reached the age of 16, I decided what I really wanted to do was write; whether it was to be a famous novelist or write for a newspaper, I knew that was exactly what I wanted to be when I grew up. As I moved forward from an outstanding high schooler to a tuition-paying collegiate student, I assumed I was just like everyone else. I did my share of partying, drinking and smoking weed – it was 2006, who wasn’t doing these things? It wasn’t until the overwhelming college experience brought me back home to my old stomping grounds that I realized I wasn’t average and all of my dreams were slowly going to crumble away.

It wasn’t long before my days of marijuana smoking and drinking caught up to me, catching my first drinking and driving arrest around the age of 18. While the experience was expensive, I played the game, went to the sobriety classes, attended meetings and took the tests to get through the mess I had gotten myself into. Since I wasn’t able to drink or smoke, I decided to find ways around their rules by taking prescription drugs on a regular basis. I always held down a job so I was able to support my pill habit until my probation had finally ended when I had decided to embrace my freedom and venture into whatever else I could get my hands on.

I was forced to attend NA and AA meetings, so I had made quite a few friends in the program that I still visited regularly, despite still using drugs and alcohol during my visits. Close friends knew what I was doing and tried their damndest to talk me off the ledge but to no avail, had failed. After having received enough grief from my friends in the fellowship, I went off to do what I do best without their approval.

I started snorting heroin when I was about 21 years old. It was never dangerous in my eyes; it was my only true friend. Heroin was the epitome of what I had always wanted; something that never disappointed me and was always available for me. I found the playgrounds and the playmates who wouldn’t judge me for my drug use because they were in the same shoes as me. They were powerless over their addiction as well but we suffered in silence together. It didn’t matter how we got our money to support our habits but we always made sure that we had drugs everyday to satisfy our needs.

I became jobless. I became homeless. I had no vehicle; only a bicycle to get me to and from the houses I could buy drugs from. I slowly began to disappear from the lives of the people who used to mean the most to me. I went to rehab – only to try to please my close friends and family so that they would trust me again. I lasted about seven days before I left and decided that getting sober wasn’t for me.

Some days, I don’t know how I survived the next couple of years. It was an on and off battle of trying to get sober and failing. It wasn’t until I decided to move out of state for a little over a year that I finally got myself clean and sober. I had gotten into a relationship with someone and had my first child, so about 8 months after leaving, I had returned back to my home state to raise my daughter around her family.

I left my daughter’s dad and stayed sober for about six years. I had a great job and made a lot of money. I raised her well and mostly on my own. It wasn’t until an old friend contacted me on Facebook that my life slowly spiraled out of control once again. It wasn’t long before she and I were using again. I drove through my savings in a matter of weeks. I lost my apartment. I crashed my vehicle into a building. I almost lost my job and daughter. The problems that I had worked so hard to get away from had found me once again but the only person to blame was myself.

As addicts, we know what will happen if we choose to use when we are sober – the point of the program is knowing what to do to maintain that sobriety.

I knew what was going to happen when I went back to my old stomping grounds. I knew what was going to happen if I picked up that first drug. I knew the chaos that would ensue if I was to keep using. As addicts, we know what will happen if we choose to use when we are sober – the point of the program is knowing what to do to maintain that sobriety.

Today, I am in recovery. I am a full-time student in college again. I am a mother of two children of my own and soon to be married with two more children to call my own. Today, I don’t need drugs or alcohol to live a full and happy life. I have made many mistakes in my life. I have done many things that I can’t take back. I have experienced many heartaches, many losses and many turbulent times – but here I am living my life to the fullest.

Over the course of 8 years, I have seen 13 of my old friends pass away from their addiction. I know what happens when I choose to use drugs and alcohol so today, I choose to stay sober. The program of NA and AA gave me many tools to use in my everyday life. Working the program not only helped me stay sober yet again, but it helped me figure out what my flaws and defects were that made me want to use drugs. I made amends the first time I got sober, then the second time, I made amends again. Relapse may be a part of recovery, but it doesn’t have to be.

Today, I am grateful. I am grateful for my sobriety and the life that I live. My worst day sober will always be better than my best day high. I share my story and my experiences with others in hopes that I can somehow show those seeking recovery that it is possible and it does get better. Today, I am more than just an addict in recovery; I am a living example of what sobriety can give to you if you choose to recover from your addiction.