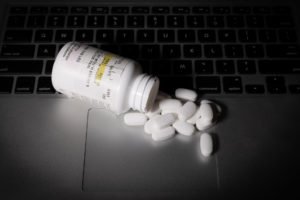 Benzodiazepines are a class of drugs that doctors prescribe primarily for the treatment of anxiety and sleep disorders, according to Harvard Medical School. While these drugs have legitimate medical uses and can be helpful for people who struggle with anxiety and poor sleep, they also have the potential to be addictive. In fact, the United States Drug Enforcement Administration (DEA), labels benzodiazepines as Scheduled IV Controlled Substances, and warns that people may crush these drugs and snort them to get high.

The Effects of Benzodiazepine Drugs

Benzodiazepine drugs have a calming effect, and this is because they increase the activity of a brain chemical, or neurotransmitter, called GABA, which slows the nervous system. With short-term use, these drugs can calm a person who is suffering from a panic attack or coping with an acute bout of anxiety. They can also help people to fall asleep when they experience occasional insomnia, or provide a relaxing effect before an anxiety-provoking situation like a surgery. Because benzodiazepines act on the GABA neurotransmitter to calm the nervous system, they may make people feel especially groggy or drowsy. In high doses, they can also result in poor coordination, but experts report that short-term use is typically safe.

Benzodiazepines work by blocking excessive activity of nerves in the brain and other areas in the central nervous system. Benzo’s ultimately cause the brain’s neurons to resist excitement, therefore producing feelings of relaxation and other anti-anxiety and anti-seizure effects.

Benzodiazepines work differently depending on the drug. Some benzo’s such as Valium, are extremely fast acting, with effects kicking in as soon as 30 minutes after ingestion, while Klonopin, Xanax, and Ativan take longer to take action in the body. In addition to the differences in reaction time, some benzo’s last longer and are more potent than others. Tranxene, Versed, and Halcion last about 3 to 8 hours, while Xanax, Ativan, and Restoril last as long as 20 hours after ingestion. The variation in reaction time, potency, and duration affect the dependency rate of certain benzo’s over others.

Side Effects of Usage

Benzo’s are one of the most prescribed class of drugs in the United States. Taken short term, the side effects are minimal. However, both long term therapeutic usage and addiction can lead to devastating side effects, including overdose.

The most common side effects of benzodiazepines include sedation, dizziness, and weakness. Additional side effects can include headache, sleep disturbance, confusion, irritability, aggression, memory impairment, and loss of orientation. While some benzo’s are often prescribed for the treatment of depression, usage and abuse of benzo’s can also result in extreme depression, requiring monitoring by a doctor or recovery specialist.

Overall, benzodiazepine misuse may be relatively rare, but people who use these medications are at risk of abusing them and developing addictions. If a person develops a benzodiazepine addiction, a professional will diagnose an anxiolytic use disorder, which is the clinical term for an addiction to this type of drug. An addiction professional uses the Diagnostic and Statistical Manual of Mental Disorders to diagnose an anxiolytic use disorder. According to this manual, diagnostic criteria for benzodiazepine addiction include the following:

Given the above criteria, some benzodiazepine addiction signs may include seeing multiple doctors to get additional benzodiazepine prescriptions, driving when impaired by benzodiazepines, continuing to use despite arguments with a spouse or significant other about drug use, failing to show up to work or care for children because of drug use, giving up time spent with friends due to drug use, or compulsively seeking out large quantities of benzodiazepines.

As previously noted, withdrawal is one of the symptoms of a benzodiazepine addiction, or anxiolytic use disorder. Withdrawal occurs because after a person becomes dependent upon benzodiazepines, the body cannot function optimally without them, and uncomfortable symptoms will appear when a person stops using. According to Harvard Medical School, benzodiazepine withdrawal symptoms include the following:

Benzodiazepine users must be aware of the fact that withdrawal can be severe, so it is important to collaborate with a doctor before stopping the use of these medications. Abruptly discontinuing benzodiazepine use can be fatal.

Sometimes, users experience more severe symptoms, also known as withdrawal syndrome. Withdrawal syndrome can lead to life-threatening side effects, include seizures, if benzo’s have been used for over six months and a coma.

Typically, withdrawal side effects subside within a few weeks. However, there are instances where users experience protracted withdrawal syndrome, which causes withdrawal symptoms to last for up to a year.

The WHO has also reported that the safest way for people to detox from benzodiazepines is to gradually taper their daily doses. Often times, the long-acting benzodiazepine drug Valium is given in a dose that is equivalent to the daily dose of whatever benzodiazepine a person was taking before entering detox. After being stabilized on an initial Valium dose, patients will follow an appropriate dose reduction schedule. If tapering doses is not sufficient to manage withdrawal symptoms, some detox programs may provide medication or support to address specific symptoms, such as insomnia or pain.

While a detox program can provide treatment to help people get through withdrawal, this type of treatment alone is not sufficient for people to stop using benzodiazepines. In order to maintain sobriety, people must receive ongoing psychological care after completing a detox program. With psychological treatment, people can address the underlying issues that led to benzodiazepine abuse and addiction. For instance, if a person abused benzodiazepines to alleviate excessive anxiety, therapy can help them to overcome this anxiety.

A specific type of therapy called cognitive-behavioral therapy (CBT) can help people to overcome irrational thoughts that lead to anxiety and develop healthier ways of thinking. With therapy, people can also learn to cope with emotions and stressors without turning to drugs. Regardless of the type of treatment selected for benzodiazepine addiction, it is important to remember that a detox program is only the first step toward recovery.

If you or someone you know struggles with benzodiazepine dependence or have begun using benzodiazepines in any form other than prescribed, it is critical that you seek help as soon as possible by contacting a local addiction clinic or the Substance Abuse and Mental Health Services Administration (SAMHSA) National Helpline at 1-800-662-4357.

Benzodiazepine withdrawal and addiction can be a complex problem. The following FAQs provide succinct information for those wanting to learn more about the risks of benzodiazepines:

Are all benzodiazepines addictive?

The benzodiazepine drugs all share a similar chemical structure and work by increasing the activity of GABA, a chemical that calms the nervous system. Since all benzodiazepine drugs have this calming effect, they all carry a risk of abuse and dependence. That being said, the DEA has reported that Xanax and Klonopin are the two benzodiazepines that are encountered most frequently on the illegal market, so it is possible that these drugs carry a higher risk of abuse.

Regardless of this fact, a study in the Journal of Psychiatric Research found that both short and long-acting benzodiazepines could cause withdrawal at various doses, with Xanax and Valium presenting similar withdrawal symptoms. Given this fact, it is reasonable to conclude that any of the benzodiazepine drugs can become habit-forming and cause a person to suffer from addiction and withdrawal.

How long does it take to get addicted to benzodiazepines?

According to Harvard Public Health, a person who uses a short-acting benzodiazepine daily for just a week can become dependent upon it. Longer-acting drugs may not result in dependence until a person has taken them every day for a month or two. Relatively speaking, dependence and addiction can occur rather quickly, but it is important to remember that dependence alone does not mean addiction.

A person may become physically dependent upon benzodiazepines without meeting diagnostic criteria for an addiction, or a substance use disorder.

What is benzodiazepine dependence?

Benzodiazepine dependence is a condition that occurs when a person takes repeat doses of this type of drug. The body adapts to the presence of the drug and its effects on the GABA neurotransmitter, so when a person stops using, the nervous system does not function properly. The body becomes dependent on the calming effects of benzodiazepines and goes through withdrawal symptoms without them.

As medical experts have explained, people can expect to feel restless and irritable when withdrawing from benzodiazepines. They may also experience sleep disturbances, weakness, and pain. There is a risk of seizures in some cases, and these seizures can lead to a coma or death if untreated.

How can a person handle benzodiazepine withdrawal?

The best way to handle benzodiazepine withdrawal is to contact a doctor or an addiction treatment program to complete benzodiazepine detox. A detox program can help you to gradually taper your doses so that withdrawal is less severe. Dose tapering can also keep you safe by preventing complications like seizures.

What are the symptoms of benzodiazepine withdrawal?

How do you handle benzodiazepine withdrawal symptoms?

How long does benzodiazepine withdrawal last?

Benzo withdrawal typically last a few weeks, but in extreme cases, can last up to one year.

How long does it take for benzodiazepine withdrawal to begin?

Can you ease benzodiazepine withdrawal symptoms?

Yes, you can ease benzodiazepine withdrawal symptoms by taking medication prescribed to manage symptoms such as anxiety. It’s best to reach out to your doctor or addiction treatment specialist prior to stopping benzodiazepines.

Can you die from benzo withdrawal?

There is a risk of withdrawal related death when coming off of benzodiazepines. Depending of the severity of dependency and the duration of usage, sever seizures can occur, leading to death.

Can you die from taking benzodiazepines?

Benzodiazepines have a high risk for overdose and death because of the chemical reactions in the brain. Overdose death is also high when mixing benzo’s with other sedative substances such as alcohol and other pills.

After you stop taking benzo’s because of an addiction, can you ever take them again?

As with most addiction, you are strongly discouraged from taking benzodiazepines in the future, whether prescribed or illegal. It is also a good idea to abstain from use of narcotics, stimulants, and other addictive substances to increase your chances of long-term recovery.

Do you need to inform your employer that you are participating in a recovery program?

No you do not need to inform your employer regarding any of the details of this recovery program unless participation has been mandated by your employer.

Do you need to stop working or going to school while going through recovery?

Depending on the severity of your dependence and other co-occurring conditions or addictions, in-patient recovery versus outpatient recovery may vary. It may become more difficult to manage work and/or school responsibilities when experiencing withdrawal symptoms, so it is best to discuss this with your recovery specialist.

Benzodiazepines can be effective when taken occasionally for anxiety or sleep problems, but over the long-term, they can cause addiction and withdrawal, which can be dangerous if a person experiences severe seizures. To prevent complications, it is important to always seek professional help before coming off of benzodiazepines. A person should never attempt to abruptly discontinue use of benzodiazepine drugs. It is also important to avoid taking larger doses of a benzodiazepine than a doctor prescribes, and it is never safe to take a benzodiazepine prescription that does not belong to you or to obtain these drugs illegally.

Because of the risk of abuse, long-term benzodiazepine use is not ideal, so those who suffer from chronic anxiety would benefit from speaking with a doctor or mental health professional about alternative treatments, such as therapy or selective serotonin reuptake inhibitors (SSRIs), which carry less of a risk for abuse and dependence when compared to benzodiazepines.