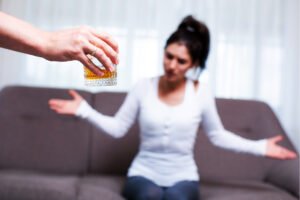 When a person decides to stop drinking, it is a big deal. Making the choice to stop and recognizing that you have a problem is a gigantic step. But the biggest battle is yet to come. Ending a relationship with alcohol isn’t as easily said as done. That feeling that a person got from using alcohol is a tough feeling to break. The chemical dependence that a person can have is even worse. But not everyone recognizes how hard this is going to be and tries to detox from alcohol at home. But is it even safe to detox from alcohol at home? In many cases, that isn’t a good idea.

What Can Happen During Detox From Alcohol

The first step to completing an alcohol detox is to stop drinking. When an addicted person stops taking any kind of drug, legal or illegal, they will experience withdrawal symptoms. In some people, those symptoms can appear within a few hours of ceasing consumption. A person suffering from alcohol withdrawal symptoms they could experience the following side effects:

Depending upon the person and their level of alcohol dependence, these side effects can be anywhere from mild to severe. Individuals of experience severe symptoms could require hospitalization. Withdrawal symptoms can be life-threatening.