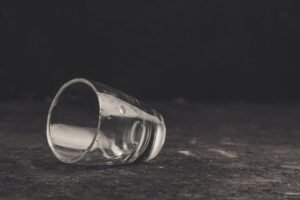 When consumed occasionally or in moderation, alcohol can be part of a healthy lifestyle. On the other hand, people who drink heavily may be at risk of developing an addiction to alcohol. According to the National Institute on Alcohol Abuse and Alcoholism, heavy drinking can be defined as a man consuming more than four drinks in a given day and a woman consuming more than three drinks in a day.

When people drink heavily and develop an alcohol addiction, their bodies can become dependent upon alcohol, meaning they will not function properly in the absence of alcohol. This can result in uncomfortable withdrawal symptoms when a person gives up drinking. In some cases, alcohol withdrawal can be dangerous or even fatal.

As addiction experts writing for the Industrial Psychiatry Journal have explained, mild alcohol withdrawal symptoms that begin about six hours after a person stops drinking include tremor, sweating, elevated heart rate, upset stomach, headache, and anxiety. These symptoms usually pass within a day or two.

According to a 2015 report in the journal Drugs, as many as half of those who are in treatment for an alcohol addiction will undergo symptoms of withdrawal, but most people will not require medical intervention. That being said, it is reasonable to conclude that most cases of alcohol withdrawal are rather mild.

These seizures (stage 3) tend to begin a day or two after a person stops drinking, and they are often tonic-clonic. Sometimes withdrawal seizures can be difficult to treat, and if untreated, they can be dangerous. Another danger associated with alcohol withdrawal seizures is the fact that they can be a warning sign of a serious condition called delirium tremens.

The Dangers of Alcohol Withdrawal and Delirium Tremens

Delirium tremens usually begins two to three days after a person stops consuming alcohol, and symptoms last for up to a week. Common side effects of delirium tremens include agitation, hallucinations, and confusion. A person who is suffering from delirium tremens is also likely to experience anxiety, sweating, trauma, heart palpitations, and nausea, but what makes this condition so dangerous is the fact that it leads to elevated body temperature, dangerously high blood pressure, seizures, and coma.

The above symptoms can be dangerous for several reasons. First, a person who is suffering from delirium tremens will be disoriented and may even display symptoms of psychosis, which places him or her in physical danger. In addition, delirium tremens is associated with complications such as aspiration pneumonia and heart attack, which can ultimately be fatal.

Since delirium tremens can be fatal, it is important that people who are experiencing this side effect of alcohol withdrawal receive immediate medical care. Often times, those who show severe withdrawal symptoms, such as seizures or signs of delirium tremens, will be treated with a type of drug called a benzodiazepine. In some cases, treatment with a sedative drug called a barbiturate may be necessary.

Alcohol withdrawal is associated with several unpleasant side effects, some of which can be dangerous or even deadly. While withdrawal symptoms like seizures or delirium tremens can be dangerous for anyone, some people may be especially vulnerable to the dangerous of alcohol withdrawal. For example, as the authors of the report in Drugs have explained, medical conditions like anemia, liver disease, pneumonia, and heart disease can increase the risk of severe withdrawal symptoms, so people who have these conditions should be especially cautious when withdrawing from alcohol.

People who take medications for high blood pressure or who have a heart condition may also be at risk of complications from alcohol withdrawal, given the fact that withdrawal can lead to elevated heart rate, chest palpitations, and high blood pressure. Those who have mental health conditions should also be aware of the dangers of alcohol withdrawal, as withdrawing can increase anxiety or and lead to hallucinations, which can cause paranoia or agitation. For someone who has a mental health condition, these symptoms can be especially troubling and lead to changed behavior or extreme distress.

Alcohol withdrawal is often mild, but in some cases, symptoms can be dangerous and even deadly. People with medical or mental health conditions may be at increased risk of suffering from complications during withdrawal, but anyone who is addicted to alcohol and looking to quit drinking should be aware of the dangers of alcohol withdrawal. While only a minority of patients will suffer from withdrawal seizures or delirium tremens, there is still a risk involved when giving up alcohol after a period of heavy drinking or alcohol abuse. Given the potential risks associated with alcohol withdrawal, it is important to receive treatment and intervention from a medical or addiction professional when giving up alcohol.