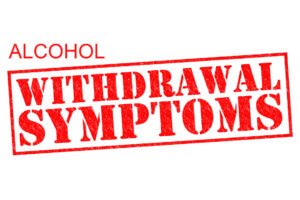 According to experts from the Department of Internal Medicine within the Catholic University of Rome, alcohol withdrawal can begin as soon as 6 hours after a person stops drinking. For withdrawal to occur, a person must have first experienced chronic alcohol exposure, meaning the nervous system has adapted to its presence.

After ongoing alcohol abuse, a person who suddenly reduces or stops drinking will undergo withdrawal due to an imbalance in the nervous system. This results in a variety of unpleasant symptoms.

What to Expect Immediately After Stopping Drinking

When you or a loved one stops drinking after chronic alcohol abuse, you can expect some withdrawal symptoms to appear rather quickly, within 6 to 12 hours after giving up alcohol.

In mild cases of withdrawal, the above symptoms will typically subside within a few days to a week, without any medical treatment. About half of patients who has an alcohol use disorder, which is the clinical term for an alcohol addiction, will experience some withdrawal symptoms.

According to experts, about 10 percent of people who experience signs and symptoms of alcohol withdrawal will have seizures. Typically, these are tonic-clonic seizures, and they begin 24 to 48 hours after a person’s last drink.

In extremely severe cases, seizures may progress to a potentially life-threatening condition called delirium tremens, which occurs in 5 percent of alcohol withdrawal cases and can be fatal for 1 to 5 percent of people. Per medical experts from the Catholic University of Rome, delirium tremens may represent a worsening of withdrawal seizures, so a person who is experiencing seizures may soon go on to develop this severe condition.

Some of the above symptoms can lead to heart attack or aspiration pneumonia, which is why delirium tremens has the potential to be fatal.

While some symptoms of delirium tremens may appear similar to less severe forms of alcohol withdrawal, what differentiates this from mild withdrawal symptoms or hallucinations is that a person who is suffering from delirium tremens will have rapid shifts in mental functioning and will appear disoriented. The sudden change in mental status is often accompanied by sweating, tremor, and other symptoms of nervous system arousal.

These symptoms of delirium tremens typically begin 48 to 72 hours after a person stops drinking and last for 5 to 7 days. In some cases, delirium tremens may not begin until 10 days after the last drink.

Treatment Needs: What to Expect

While a majority of cases of alcohol withdrawal do not progress to seizures or delirium tremens, there is a possibility that these severe and potentially life-threatening symptoms will occur. In the case of severe alcohol withdrawal, medical treatment is essential to prevent serious or deadly complications. As medical experts have explained, doctors will often prescribe benzodiazepine drugs to treat severe alcohol withdrawal. In the case of delirium tremens, a person may require treatment in the intensive care unit, and additional medications, such as barbiturates or blood pressure medications, may be necessary to treat symptoms.

To determine whether a person requires treatment in the hospital, a doctor or addiction professional will typically assess the severity of his or her alcohol withdrawal. Some signs or risk factors that suggest a person is at risk of severe withdrawal and is in need of emergency medication or hospital admission include the following:

The first step toward receiving treatment for alcohol abuse is to complete a detox program to help with the withdrawal process. Staff in a detox program can keep patients as safe and as comfortable as possible as they withdraw from alcohol and manage any complications that arise. An addiction professional in a detox program can also monitor withdrawal severity and ensure that symptoms do not get out of hand and progress to a fatal case of delirium tremens. After completing withdrawal and detox, it is important for people to receive ongoing addiction treatment to address the underlying psycho-social issues that contributed to alcohol abuse.