Home » Stories of Recovery » What Brought Me to Recovery from Drugs & Alcohol by Clarissa O. 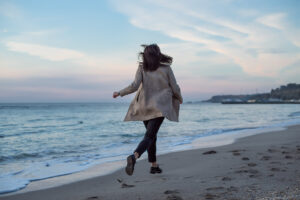 Anonymously written by Clarissa O. about her road to recovery from drugs & alcohol. Published by Mark Perlman.

Strange as it is, I had an exceedingly difficult time actually sitting down to think about where I came from to be where I am today. I’ve told my story, numerous times, but still there was a major block in my mind to be successful in the telling of it through my words. I have been sober for over a year now. Still, one thing I face is the difficulty presented by my mental health. Depression and anxiety are only the surface-level issues; there is no limit to the many ways in which my brain tries to trick, limit and discourage me. I have dealt with these issues for most of my life, but I am leaps and bounds from where my addiction took me.

I was raised in an abusive home by a very mentally sick father, who raised me to believe that I was sick like him and impossible to love. I have no siblings and my mother was there as well, but his wrath was what I feared as a young child. I still remember him strangling me for mouthing off; I remember the feel of the fabric of the recliner as he pressed my face into it, squeezing to the point I was sure that he was going to kill me. Blackness closed in when he suddenly released me. My mother’s response when I called her from school? “You shouldn’t have said that to him”. I don’t know why it all happened the way it did, but I do know that it was the very moment when I realized that I was on my own.

School was my escape. I had made some friends but it was rare to have them over, less they witness my father’s abuse and cruelty. I was isolated. The older I got, however, the more prevalent bullying became until I was bullied almost daily at school, going home at the end of the day only to be bullied there as well. Nowhere was safe for me and life became a relentless cycle of hopelessness and loneliness. I craved attention and love- more than anything though, I craved hope.

My first addiction actually was not a drug nor a drink- the first release I ever found was in self-injury. I had so many feelings I didn’t understand or know how to control and cutting was the only way I found relief. It was also for attention, if I’m being honest, but primarily, it’s how I got through each day. My senior year in high school, I was on track to graduate and had opportunities through a pre-collegiate program at a local university. It’s also the year I discovered vodka and the euphoria that the buzz brought with it, as well as cocaine and other drugs. I got hooked up with a bad crowd and began driving drug dealers around to make their drops under the belief that they liked me; they needed me. This led to multiple instances of molestation and my first sexual encounter that ended in rape.

My mind was cracking from that point on and I clung to drugs and alcohol to escape. From the start, alcohol was never something I had control over and I was quickly the friend that no one wanted to take to parties because I didn’t stop until I was on the floor. I thought it was the greatest thing on earth and as quick as I started, the claws of addiction burrowed deep into my soul. I was no longer going to graduate high school. My parents had finally separated which brought some solace to me, but not near enough. I was cutting, drinking and getting high as often as I could until I finally found something to bring me purpose, which I desperately needed. So, I joined the Army. I figured that no one would mess with a Soldier and so I could keep me and the people that I loved, safe.

Unfortunately, as the story of every addict always goes, the Army couldn’t save me from myself. After BCT, I returned home and quit doing drugs, but drinking again became a daily routine. I met a man who eventually became my husband and the father to my child. I was 18 and he was 26 so the supply of alcohol was infinite. Before long, I was drinking over a liter of vodka each day. I reached my first low after I was arrested for domestic violence- the police were called to do a health and welfare check as I had sent suicidal text messages to my chain of command. Fortunately, I was found to be reactionary and not the aggressor so the case was dropped. However, there was no denying that I had a major problem.

I landed in my first rehab when I was 21. I went through a non-medical detox, which was extremely dangerous for someone consuming as much as I was to stop cold turkey. I experienced seizures, delirium tremens and was sick for weeks after the alcohol left my system. I was introduced to the 12 step program and completed 60 days of treatment. However, after returning home to my still drinking husband, I relapsed within 3 days. What followed was a blur of additional detoxes, failures as a mother, failures as a soldier and more rehab stints. I couldn’t get it- sobriety was just something that would not stick and I just couldn’t understand why. When cravings came on, I caved every time, baffled as to why I couldn’t just stop. I would make promises to myself that I wouldn’t drink and by nights end, I was wasted again.

There was a period of time when I started regularly attending 12 step meetings and stopped drinking for a few years. However, I was also being treated for chronic pain from the Army and began a hard addiction to pain pills. After a few years, the practitioner I was seeing came under investigation and I lost my supply. Within a week I started drinking again and it took me places I never imagined going. I stole money, pawned and sold whatever I could get my hands on to pay for my alcohol and though I swore it was something I would never do, I ended up with needles in my veins, using crystal meth and heroin. I was out of control- popping pills, shooting up meth, heroin and drinking all at once; how I am alive is still a mystery to me. What was once my escape and relief became tragic necessity, bringing me to a level of self-hatred that not many experience.

Hate isn’t even a strong enough word for how I saw myself; I loathed myself with every fiber of my being. In my eyes, I was worthless, stupid, a failure and truly believed the world and the people in my life would be better off if I was dead. I began praying to God as I would pass out to not wake up me, only to wake up disappointed the next day. I wanted to die- I longed for death. There’s honestly not a period of time in my life up until that point where I wanted to live. My life was one big whirlwind of suicidal ideation; I thought life was a punishment. I couldn’t understand why anyone would want to live. I have made several suicide attempts in my lifetime but clearly, someone had other plans for me. My alcoholism brought me to the door of liver disease and failing health at the age of 30.

In 2018, I experienced another sexual assault that went as far as a jury trial, that we lost. I became even more reckless with my drinking and drugging, drinking over 2 liters of vodka a day. I became so sick, I couldn’t get out of bed, eat or take care of myself. I was dying. My mother, friends and other family members also began working as well to find a way to save me from myself- to save my life. On June 19th, 2019, I was on a plane to South Florida- heading to another detox and after, another rehab stint.

Getting clean was not an easy process- cravings were more intense than I can describe and I came face to face with my feelings. But as each day came and passed, things became a little bit easier as time went on. Self-care became a daily practice- a conscience effort in order to make my treatment successful. I had the most amazing therapist, met the most amazing techs and have bonded with incredible people who struggle with mental health and addiction the way I had. They helped to see the good in me that I didn’t believe in and they loved me until I could learn to tolerate myself. I experienced the loss of my grandfather, lost my insurance to a technicality, faced additional health issues as a result of my drinking and hurdles galore. But I came to learn that as long as I didn’t pick up a bottle and focused on doing the next right thing, everything had a strange, inexplicable way of working out.

Today, I can honestly say, I love myself. I want to live and actually enjoy my life! Never in my life did I think it was in the cards for me…I figured happiness was for other people and struggled to find even one redeeming quality in me. Recovery has opened my eyes to my value, my worth and my capabilities. I am resilient. I now have  a life that completely blows my wildest dreams out of the water! I wouldn’t change all that I went through for anything because I wouldn’t be who I am today and by God, I like who I am! That’s not to say I don’t still struggle- life is still life and I now face life on life’s terms. Mental health is still a huge obstacle for me, but I work at managing with medication and coping skills every day. It. Is. WORTH it!

I’ve always likened life to a jigsaw puzzle- each puzzle piece being a moment or memory we have experienced. Usually when we’re putting pieces together, it can be hard to say exactly what it is that we’re creating. But as we collect more and more pieces and continue to place them, the image becomes more clear- things start to make a little bit more sense and this remarkable, beautiful image comes into view. Keep collecting those pieces- build on each experience as they are. I’ve come to discover that my Higher Power knows exactly what image is forming before I do and each piece is exactly where it’s meant to be, exactly when it’s placed.  We can only control how we react to life and the more we try to control life itself, the more we’ll struggle. If you don’t enjoy your life change it- do something different. There is always hope, as long as there is air in our lungs and the desire for something more.

3 thoughts on “What Brought Me to Recovery from Drugs & Alcohol by Clarissa O.”