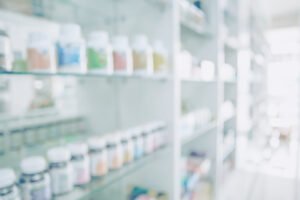 Alcohol can be safe in moderation, but too much alcohol can be harmful. When people abuse alcohol over the long-term, they may develop an alcohol addiction.

One of the symptoms of an alcohol use disorder, or addiction to alcohol, is withdrawal. This occurs when the body becomes dependent upon alcohol and cannot function properly without it. When a person develops and alcohol dependence, he or she will experience uncomfortable withdrawal symptoms when alcohol use is stopped or significantly reduced.

According to a report in the Industrial Psychology Journal, mild alcohol withdrawal begins about six hours after a person stops using alcohol and involves symptoms such as tremors, sweating, fast heart rate, upset stomach, headache, and anxiety. Some people may also experience hallucinations when they withdraw from alcohol. In some cases, withdrawal may progress to more severe symptoms, such as withdrawal seizures or a serious condition called delirium tremens, which causes severe confusion and may be fatal.

As the authors of the report in the Industrial Psychiatry Journal explained, benzodiazepine drugs are the medication of choice for treating alcohol withdrawal, as they can alleviate withdrawal symptoms and prevent serious alcohol withdrawal complications, such as seizures and delirium tremens.

Among the benzodiazepines is a drug called Valium, which some people may recognize by its generic name, diazepam. Per a report in America Family Physician, the typical Valium dosage for alcohol withdrawal is a 10 milligram pill. Someone who follows a fixed dosage schedule for Valium will usually take a 10 milligram pill every six hours at the start of withdrawal, with dose frequency tapering off as symptoms improve over time.

Valium tends to be a preferred medication for treating alcohol withdrawal, as it is long-acting, meaning that it has prolonged effects and can successfully prevent delirium tremens.

Chlordiazepoxide, commonly known by the brand name Librium, is another preferred benzodiazepine for the treatment of alcohol withdrawal. Like Valium, Librium is long-acting, but the dosage tends to be larger for Librium than for Valium. For instance, the typical Librium dose for alcohol withdrawal begins at 25 to 50 milligrams every 6 hours on a fixed schedule, eventually tapering to 25 to 50 milligrams at bedtime by the fifth day of treatment.

Another benzodiazepine drug that may be preferred for the treatment of alcohol withdrawal is Ativan, also known as its generic name lorazepam. Lorazepam is an intermediate-acting benzodiazepine, which can also be effective for alcohol withdrawal. An intermediate-acting drug like Ativan is typically better for those who have liver problems, but caution should be used in those who have a history of drug addiction, as Ativan has a higher risk of abuse than Valium and Librium do.

The typical dose of Ativan or lorazepam for alcohol withdrawal is 2 milligrams, given every 8 hours to begin. As time progresses and withdrawal symptoms subside, the dose is reduced to 1 milligram at bedtime.

Thiamine is another add-on treatment that may be utilized during alcohol withdrawal. As the authors of a 2013 study in Alcohol and Alcoholism have reported, people who are dependent upon alcohol may be deficient in thiamine due to having poor diets. This means that supplementation may be necessary. This is especially important for the prevention of a condition called Wernicke–Korsakoff’s syndrome. The syndrome is caused by a lack of the thiamine, which is an important vitamin. It results in brain damage and symptoms such as memory problems, confusion, and poor coordination.